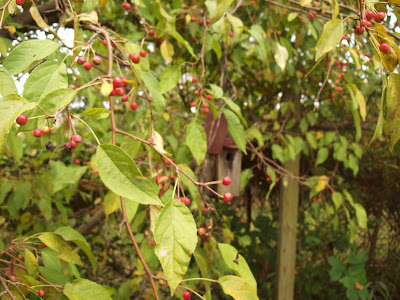 "The breezes taste Of apple peel. The air is full Of smells to feel- Ripe fruit, old footballs, Burning brush, New books, erasers, Chalk, and such. The bee, his hive, Well-honeyed hum, And Mother cuts Chrysanthemums. "


It did seem to sneak up on me this year.  When did those leaves start changing?  Just last week they were green.

It's Wednesday and cooking time again.  Not that I don't cook in the summer, I just don't post much in the summer.  Lazybones!!  For those of you that are new here, my other passion is to try new recipes ...and unfortunately eat new recipes.

This recipe I brought to my sister-in-law's birthday party (we'll never be 30 Anne!).  Everyone loved it and I don't mean just the girls.  It's not a "chick" recipe.  My husband, who doesn't like eggplant, and the kids....the ones who eat veggies, ate it.  They didn't even know eggplant was involved.  That's great.


Cut the eggplant, bell pepper, and onion into 1-inch cubes. Toss them in a large bowl with the garlic, olive oil, salt, and pepper. Spread them on a baking sheet. Roast for 45 minutes, until the vegetables are lightly browned and soft, tossing once during cooking.


Place the vegetables in a food processor, add the tomato paste, and pulse 3 or 4 times to blend. Taste for salt and pepper.

I served mine with pita chips....see how fancy it looks with one stuck right in the middle, I'm brilliant I tell you!  Cubed bread or tortilla chips would be good also.

yummy~ thanks for sharing the recipe~
smiles
Teresa

So glad you back with your yummy recipes .... this one is right up my alley I LOVE Eggplant !! Cant wait to give this a try. Thanks !!
Blessings & Fall Hugs ~ Connie xox

How wonderful autumn has arrived at your home! It is my favorite season, and I hope we get more autumn weather here soon! Love the quote! The recipe sounds delicious and the photo is lovely! Thank you for sharing, I look forward to making it! Enjoy the weather and yummy food!
Love and blessings, Paula

Hi Jen! I am using my remaining garden vegetables to make this. Roasting in the oven right now. Can't wait to try it! It was so nice to see you and your beautiful family at Jessica's party. 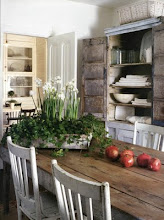